Reaching for the ‘clouds’ for the New Year!

Well hello to everyone… yes I realize it has been quite a while since my last posting, but there were many obstacles that prevented me from having the time to focus. Hopefully this will be a new blogging beginning for the New Year!
With 2015 finally upon us and an annual Holiday get-together with our friends approaching tonight, I felt this would be the best time to kickstart everything into motion.
Starting with ‘what can I bring’ to our amazing hostess, the words ‘how about dessert’ was music to my ears! After thinking about something out of the norm, I settled on a triple layered hazelnut mocha pavlova, with a hazelnut liquor cream filling…
It all started yesterday by roasting hazelnuts [the amount is your choice, but I went with six ounces] in the oven and also melting milk and dark chocolates [another six ounces] over simmering water. Both were set aside to cool…
While the nuts and melted chocolates cooled, six egg whites were whipped with a pinch of kosher salt until soft peaks formed, from there the sugar began to slowly get added until the whites became glossy and stiff. Once stiff peaks were evident, vanilla and almond extracts were added and the mixer then turned off. The chopped hazelnuts and a cup of chocolate chips were gently folded into the shiny pillowy mixture, as well as the cooled, melted chocolate to create a lovely marbled wonder.
Poured onto three parchment drawn discs and spread out, it was then into the 225*F oven for two and a half hours. Once cooked, the door was opened and the pavlova’s left to cool completely.
For the whipped filling, I beat cream and some hazelnut liquor until firm. This boozy filling was spread on each layer and stacked. The pavlova tier was popped into the refrigerator to ‘set-up’ overnight and then this edible beauty was dressed with some shaved dark chocolate on top before packing up and heading to the party!
The end result… crisp exterior with a slightly chewy center and a creamy delight to hold everything together… a total favorite!
What will I bake next??? 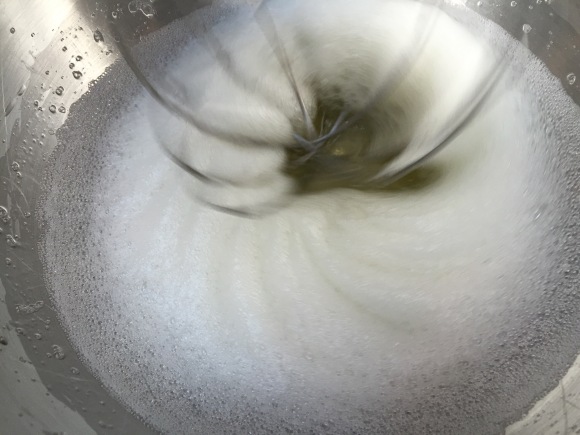 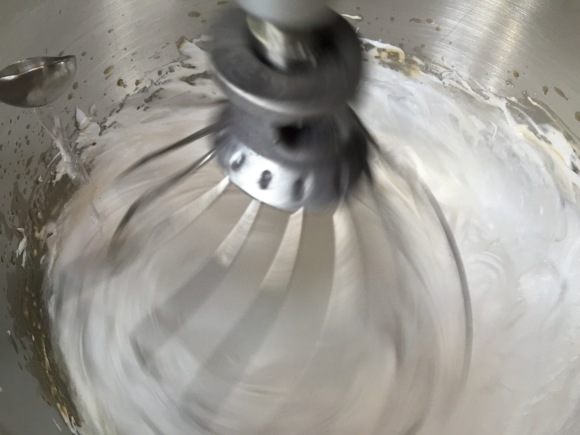 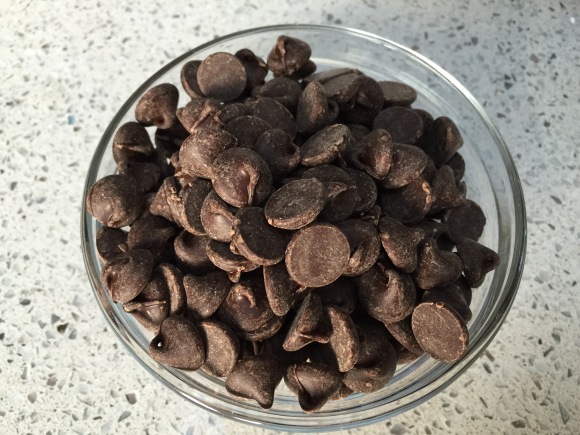 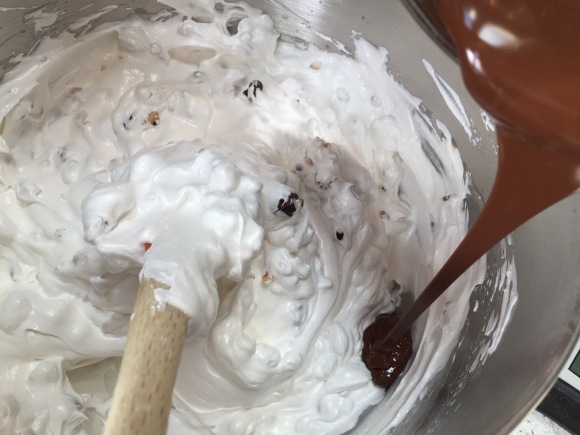 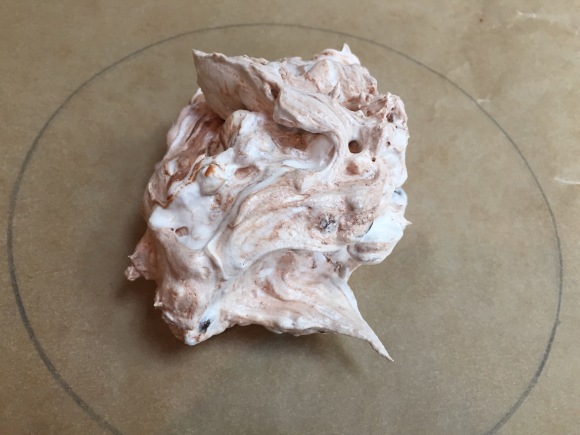 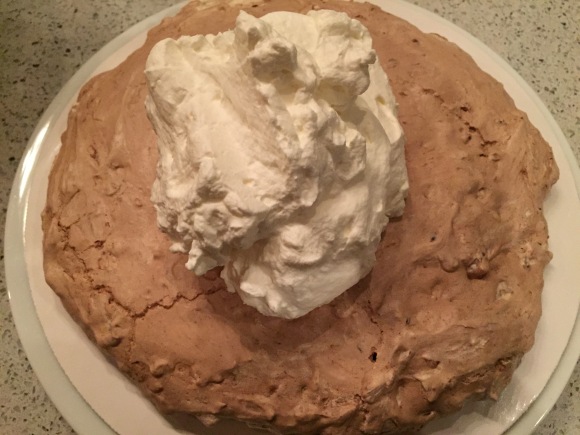